Located in the northern highlands of Tanzania, nestled beneath the twin peaks of Mt. Meru and Mt. Kilimanjaro, Arusha is often called the safari capital of the country. Guests on this safari circuit often stop in the "Geneva of Africa" on their ways into the African bush. This park hosts a menagerie of animals, from smaller creatures to legendary mammals you see on postcards. You'll feel relaxed in our comfortable Toyota Land Cruiser, equipped with 4-wheel drive, specifically modified for your safety. Enjoy all the insight and knowledge that your guide will share while escorting you through dense forests, highlands, marshes, and swamps. From our picnic site, you'll catch magnificent views of Mt. Meru, Mt. Kilimanjaro, the Momella Lakes, and a rich variety of flourishing life. In addition to breathtaking views and unique animals, visitors can enjoy recreational activities, such as hiking, canoeing, and a guided bushwalk with an armed ranger.

Game viewing around the Momela Lakes is at a laid-back pace, and while passing through the forest, many visitors stop to search for troupes of rare colobus monkeys playing in the canopy.

Established in 1960, Arusha National Park is a treasure trove of biodiversity, unique ecosystems, and spectacular views of Mt. Meru. The park's name, Arusha, comes from of the Wa-Arusha Tribe, native to this region. Given its close proximity to the airport in Arusha, Arusha National Park is a popular destination for visitors traveling on longer northern circuit safaris. The small national park includes Mt. Meru's slopes, summit, ash cone, the Momela Lakes, Ngurdoto Crater, and the lush highland forests that blanket its lower slopes.

TAT suggests the popular and economical guided bushwalk activity, which grants the opportunity to be led through the wilderness by a seasoned park ranger, bringing visitors up close and personal with some of the area's most commonly spotted wildlife. The bushwalk ends at the spectacular 100-foot-tall Tululusia Waterfall—the perfect photo-op to remember your amazing day by! 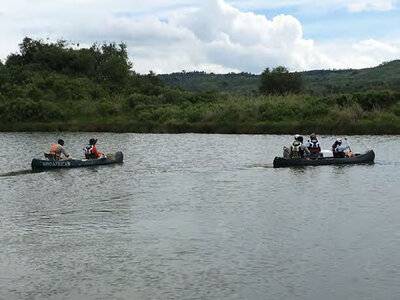 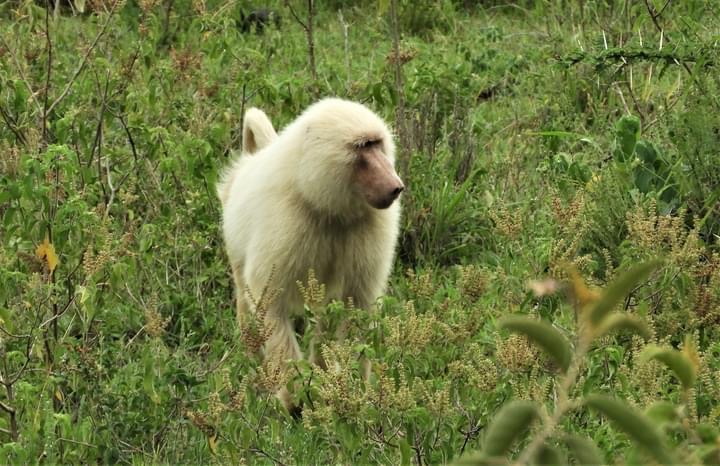 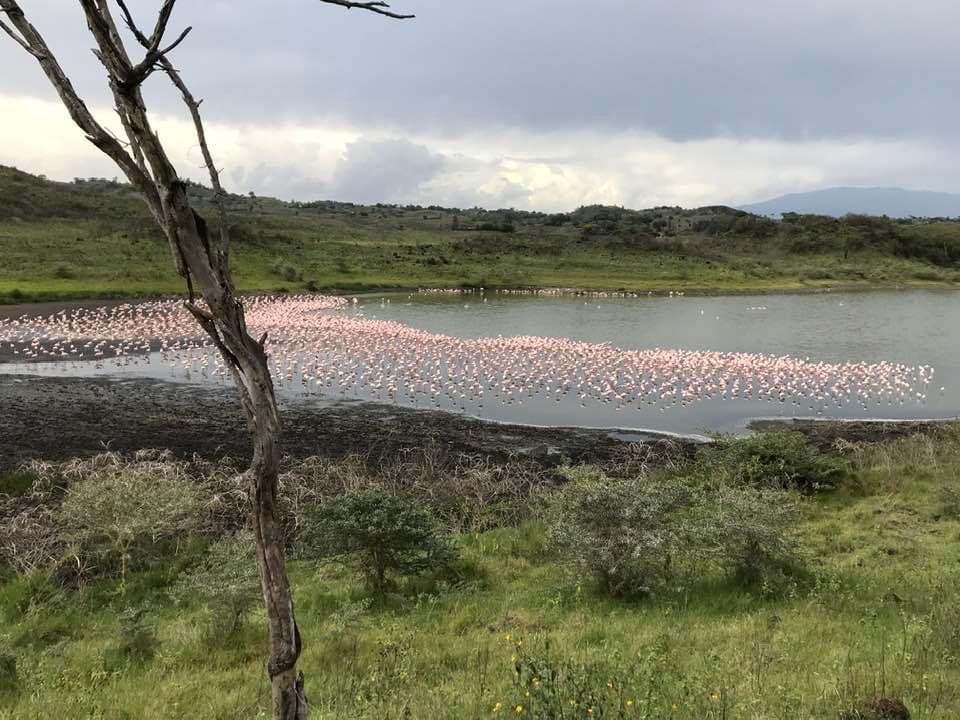 A must for wildlife enthusiasts, taking a guided bushwalk tour is a fantastic way to get up close and personal with some of the area's most commonly spotted wildlife. An armed park ranger will guide you and your party through the African bush, granting you endless opportunities to witness the region's diverse flora and fauna in action. See the park from a different perspective! A relaxing way to get closer to nature, canoe trips provide all the excitement of a game drive in addition to the pure relaxation of being out on the water.

When arriving in Arusha, Mt. Meru is the first thing visitors will see. At 14,990 ft. tall, it is the second highest peak in Tanzania (after Mt. Kilimanjaro). The Mt. Meru Waterfall hike will lead you down a lush jungle stairway, through a vibrant gorge, along clear rainforest streams, and eventually, right up to a powerful waterfall that you'll hear from a mile away.

Take a moment to stop and smell the roses at the scenic Momella Lake. Enjoy a delicious lunch and admire the vibrant wildlife around you.

Located in the northern highlands of Tanzania, nestled beneath the twin peaks of Mt. Meru and Mt. Kilimanjaro, Arusha is often called the safari capital of the country. Guests endeavoring to travel the northern safari circuit often stop in the "Geneva of Africa" to prepare for their journeys into the wild African bush. There are many things to do in Arusha: cultural tours, museums, coffee plantations, and so much more. We will take a trip to the Kimble Lee Academy for Young Learners, where we'll learn about Arusha's school systems and what you can do to help us Enrich Tanzania.

Kilimanjaro International Airport (KIA) is located between the two cities of Moshi and Arusha in Tanzania’s popular northern circuit.

Equidistant between Cairo, Egypt and Cape Town, South Africa, Arusha is estimated to be at the center of East Africa. Arusha's clock tower marks the exact central point. 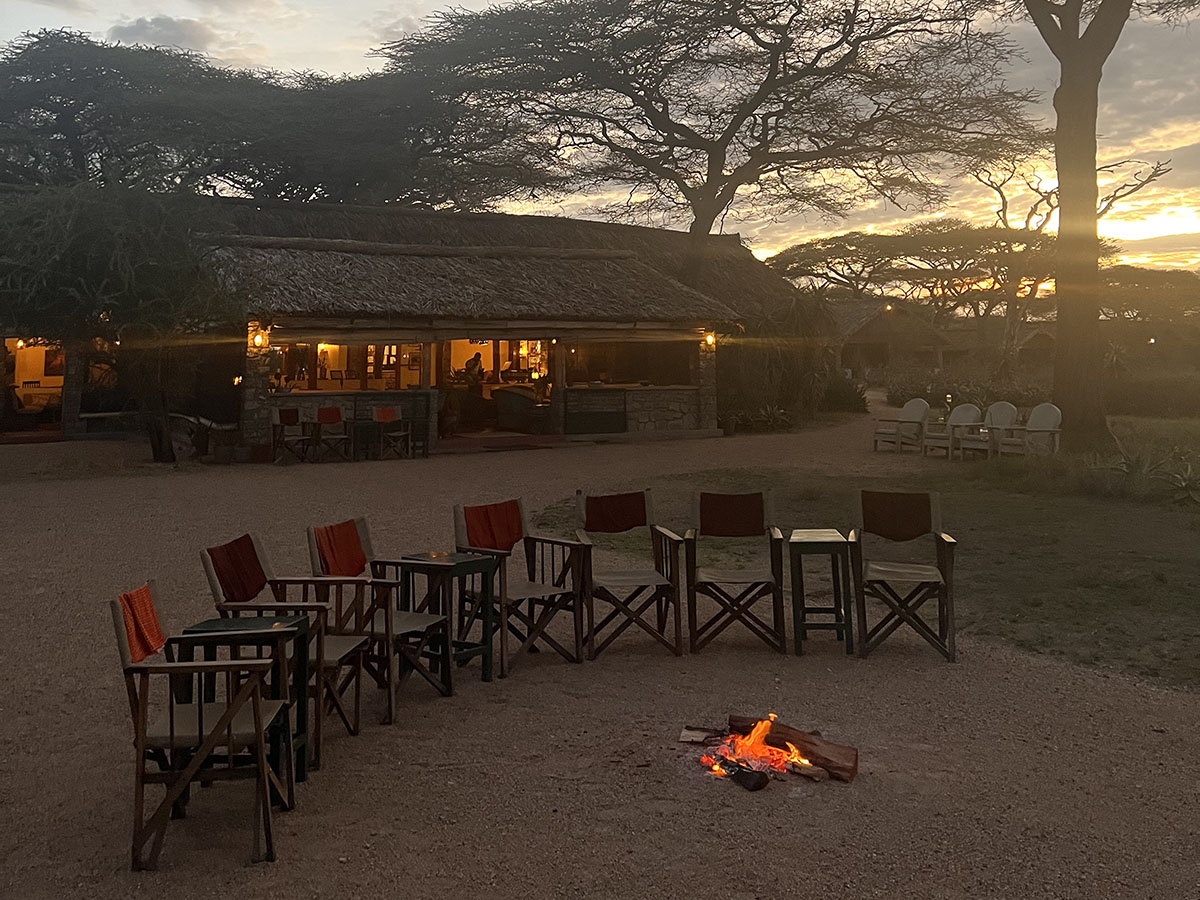 The tradition of enjoying a drink in the African bush whilst watching the sun go down dates back to some of the earliest safaris in the 1920s. Sit back, watch the gorgeous sunset, and enjoy provided refreshments while relaxing in the great outdoors. 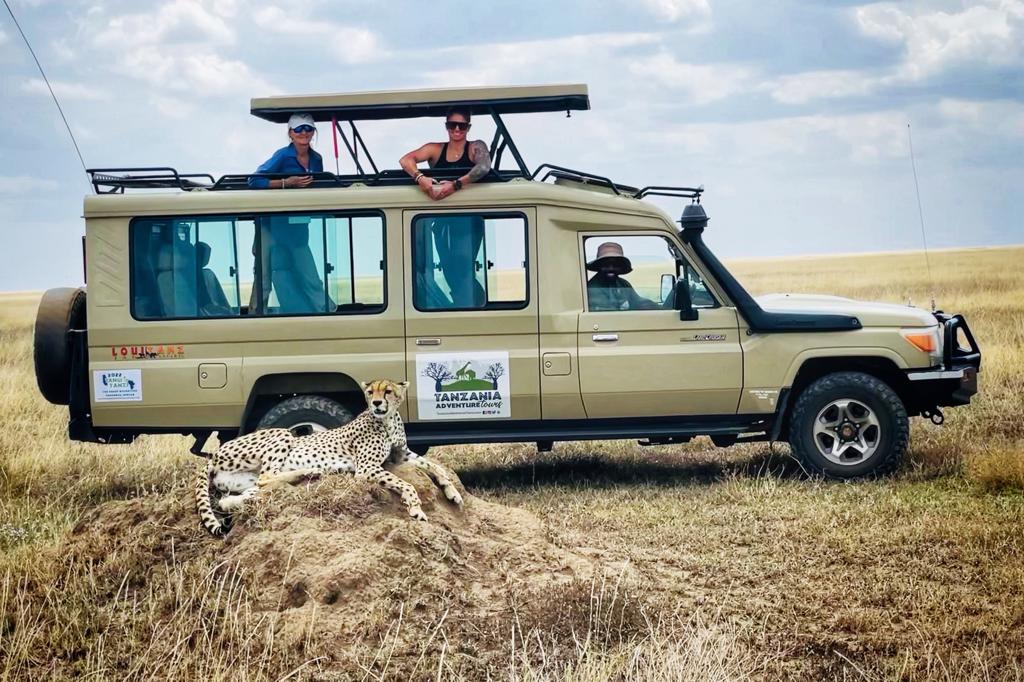 The Tanzanian paradise of Zanzibar has been the goal of explorers for hundreds of years. Off the coast of mainland Tanzania, Zanzibar offers plenty of scenic vistas, vivacious marine life, gorgeous white-sand beaches, and plenty of opportunities for adventure. Welcome to the Serengeti, where lions prowl beneath the golden sun and thousands of zebra graze upon the sprawling plains; where hooves kick up dust as millions join the great wildebeest migration; where every moment feels as picturesque as a scene from a movie.